Russia-Ukraine war: The only certainty now is uncertainty 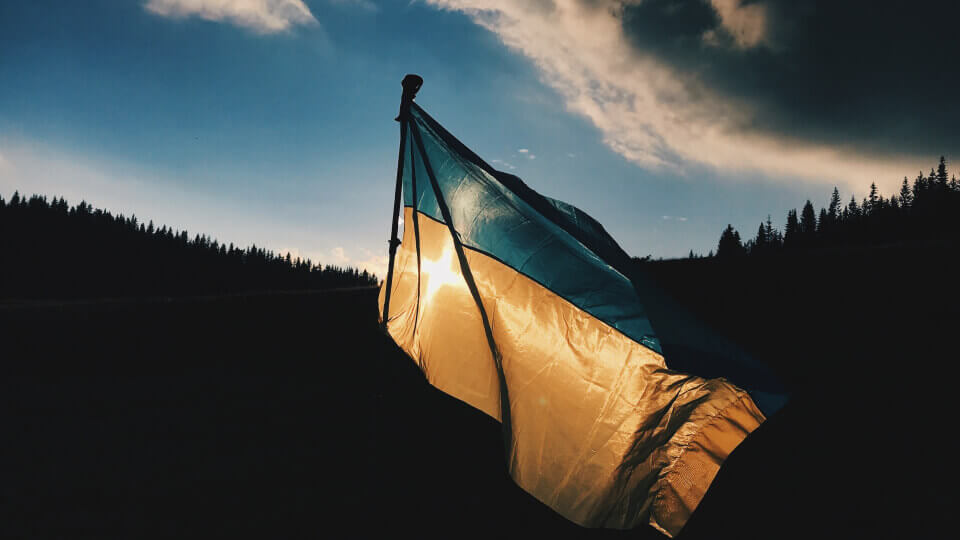 [Endowus and its employees express our dismay at the use of violence in all forms to resolve conflict. We stand with the people of Ukraine, who will suffer most, and join in the outcry for an immediate end to the war.]

What do we know?

We know a few things. Firstly, while Russia was expecting a quick collapse, the Ukrainians have held on. There are rising worries about a potential nuclear solution — this would likely be the worst possible outcome imaginable, and the market is pricing this possibility in.

Secondly, the immediate responses by various political and economic players are still playing out.

So far, it is looking grim for Russia, its economy and financial markets. Various heavy and debilitating sanctions continue to be introduced. Heavier tariffs have been slapped on Russian goods, while countries are considering banning Russian oil — the lifeblood of the economy. There is an ongoing effort to effectively remove Russia from the global financial system. This has included stripping its access to the global payments network SWIFT, and excluding it from major market indices such as the MSCI world equity indexes.

These sanctions and the move to alienate Russia have already succeeded in causing deep stresses in Russia.

Thirdly, these developments will impact and strain various sectors of the economy, but the surge in energy prices is the most salient feature of the market’s reaction so far. The global supply chain bottlenecks mean that inflation — and thus central bank monetary policy — remains an important factor for markets.

The volatility index, VIX, labelled as Wall Street’s fear gauge, rose to the highest level in over 15 months. The S&P 500 is down about 10% since the start of the year to 8 March 2022, with fears over the impact of the oil surge gripping markets.

Investors took a flight to safety, as gold and US Treasuries rallied.

While the outlook may change and the performance of different asset classes could diverge depending on how the situation unfolds on the ground in Ukraine, the only certainty is that volatility has shot higher. It is likely to remain high until there is a path to resolution.

The war’s impact across economies and markets is inextricably interconnected across the globe. The various second and third-order effects could result in lasting changes to not only the geopolitical landscape, but also to different economic and financial systems.

Many different permutations and outcomes are possible.‍

As news of this invasion spread, financial markets around the world tumbled. Oil prices have surged above U$100 per barrel, and continue to spike higher by the day. Prices for commodities including aluminium, nickel and palladium rose sharply as well.

Yields on the few outstanding Russian dollar bonds soared on investors’ fears that Russia may default, with the Russian ruble taking a massive hit as the currency became unconvertible almost overnight.

Countries around the world, including the US, Japan, and various EU nations, have come together to condemn Russia’s advance on Ukraine, and have promised retaliation via harsh sanctions. The removal of Russia from the SWIFT payment system — a rare form of financial sanction last used to sanction Iran — is one unprecedented shock to the Russian economy.

Russia makes up a small portion of the world economy and financial markets. But its debt is now effectively untradeable due to capital controls put in place.

The impact is greatest in the commodities markets. Russia is a major supplier for oil, natural gas and other commodities. The EU gets nearly half of its natural gas imports and almost a quarter of its oil imports from Russia. Ukraine and Russia together also account for nearly 30% of global wheat exports. Russia is the top producer of palladium, which is a critical component in catalytic converters. Prices for these commodities have soared in recent weeks amid news of the invasion.

Europe has been slowly weaning itself off Russian gas and energy — it has a large amount of gas held in storage, and has designed a new strategy to accelerate the transition to renewable energy. However, in the midst of the winter season, higher energy costs will lead to the prospect of higher inflation.

The concern in the markets is that higher inflation may in turn feed through to tighter monetary conditions as central banks will embark on a more aggressive tightening cycle.

To be sure, the counterbalance to this argument is that when geopolitical risks are escalated and there is a flight to safety or flight to quality in markets, there are normally concerns of weaker demand.

In this case, central banks are normally less likely to tighten policy. In fact, this is why the market is now pricing in a smaller Fed hike in March, and why US treasury yields have pulled back from over 2%.

It also normally leads to strength in the US dollar and other safe haven currencies such as the Japanese yen, Swiss franc, as well as the Singapore dollar versus other Asian currencies.

What this means for investors‍

Besides higher volatility, a key impact is that every major sector and industry will likely see a hit from rising commodities and concerns about demand. The energy and commodities sectors are the only ones with positive impetus as prices will rise and stay higher for longer, unless either there is a meaningful supply-side response or the risks de-escalate quickly.

At any moment, should the war end or Russia’s sanctions and oil exports become normalised, the gains will obviously reverse.

The markets were fragile going into this event, with the ongoing concerns of inflation and a tightening of monetary policy — and hence liquidity — globally.

This, coupled with the resurgence of the Omicron variant of Covid-19 and its impact on economic demand, has raised clear concerns about stagflation.

There is a saying that the only two things certain in life are death and taxes. Unfortunately, throughout human history, wars have been another constant. In financial markets, the only thing that is certain during times of uncertainty is a rise in volatility. Uncertainty is never a good thing for markets.

A study published on CFA Institute's webpage showed how US stocks fared on average during wars. While the data shows that markets actually outperformed their long-term averages during wars, we point out here that the dataset is too narrow with only four wars from vastly different periods affecting different countries were used. It is also clear that each event had very different market impact globally, and different divergences among asset classes.

The biggest lesson from this study is that long term, if you had held through all wars, you would have generated quite decent returns, despite bouts of uncertainty and volatility caused by wars.

With any external shock to the market, such as wars and terrorist attacks, the market has an initial negative reaction and corrects as there is immense uncertainty.

However, after the market has absorbed the full effects, we return to the fundamentals. Another study by CFRA’s research going back to 1928 uses 24 conflicts where the S&P 500 dropped some 5.5% from peak to trough in knee-jerk response to these events. While the market took about 24 days from the start of the event to reach a bottom, it then made back those losses in an average of 28 days later.

To add, the immediate fears that surrounded 9/11 terrorist attack in 2001 dragged stocks down by nearly 15% in under two weeks. However, if we look into the fundamentals, the economy was in the midst of a recession, while stocks had already been battered by the bursting of the dot-com bubble. It actually accelerated the market declines and probably brought forward the bottom of the market. All the losses from this sharp fall after the tragedy were recovered a couple of months later.

Data from the Schwab Center for Financial Research showed that the average bear market stretches about 15 months. That’s a lot shorter than the average bull-market run of 68 months.

This latest episode of human tragedy is a dark reminder of the impact of geopolitical upheaval.

No one can guarantee where the markets will go. Today's uncertainty in the financial markets is expected, and volatility will continue.

Long-term investors take care of their finances because they are determined to see a better future ahead. From that perspective, staying invested is not just a time-tested course of action, it is also a time-honoured vote for hope against the destructive cycle of war.

Read the next article in the curriculum: Investing amid high inflation

SUBSCRIBE to endowus insights
Thank you! Your submission has been received!
Oops! Something went wrong while submitting the form.
More on this Tag
Market views
More on this topic

Articles
.
Product News 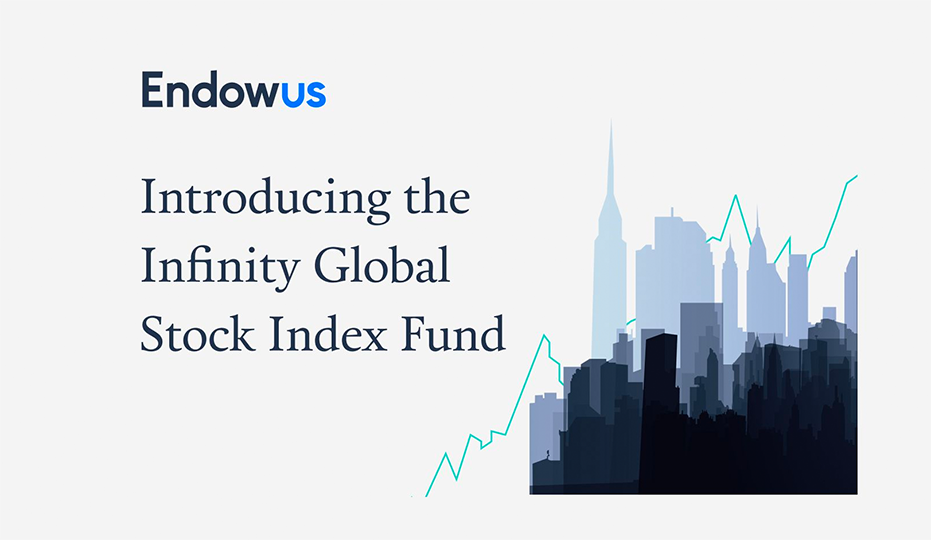 Inflation: no rerun of that ’70s show 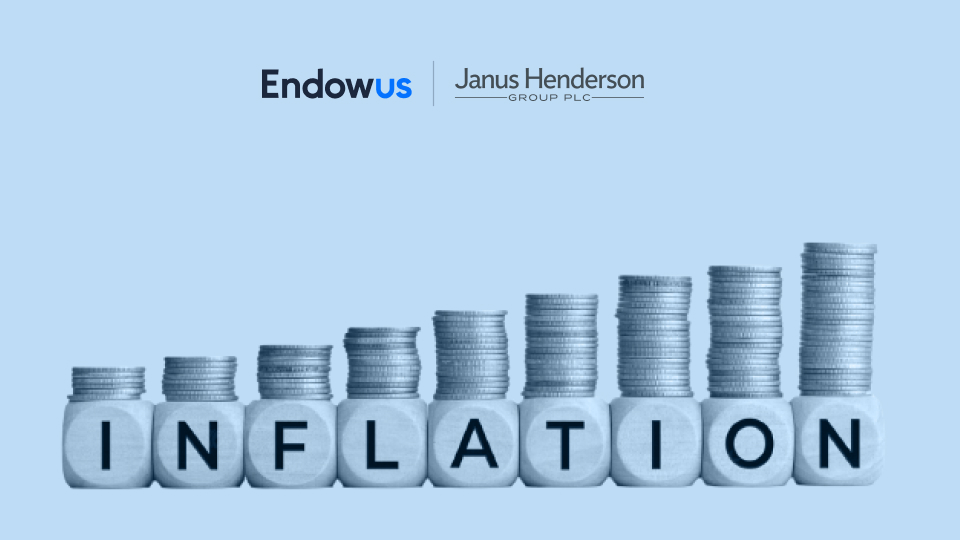 Should you use the "buy term, invest the rest" strategy?