What keeps you up at night? It really should be the global pension crisis
Endowus Insights
SHARE THIS
create account

What keeps you up at night? It really should be the global pension crisis 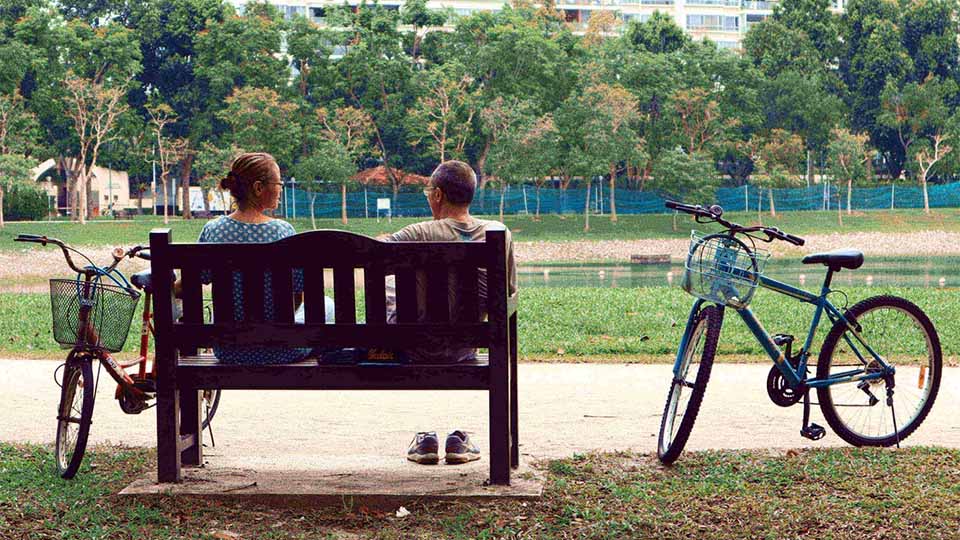 "We are more disturbed by a calamity which threatens us than by one which has befallen us."
— John Lancaster Spalding

When I was growing up, the biggest threat to our future was the seemingly imminent nuclear war between the Cold War antagonists - the United States and the Soviet Union. After the fall of the Berlin Wall, we moved onto the threat of melting ice caps in the North Pole, huge earthquakes and tsunamis engulfing major cities and nations, and a meteor eventually wiping out humanity.

We have lived with the fear of an unknown event that will end humanity for as long as I can remember.

However, the biggest impending threat isn't some environmental disaster like an earthquake or a meteor strike, nor is it the threat of a nuclear war breaking out. It is the global pension crisis.

An ageing population driven by longer life expectancies and lower birth rates has caused the dependency ratio — the ratio of retirees (elderly dependents) and children to active labour force — to move steadily higher across the world.

Imagine working your entire life as a responsible citizen. You retire at age 65, and many of your friends slowly leave the workforce as well. You have worked hard and are promised a retirement income from your government or employer. You are now 75 and have just been told that the tap has run dry. You and your friends will now have to start living on one-third of what was promised until you die. The cost of living and healthcare have been increasing, but you cannot go back to work and you do not want to be a burden on your children. Your lifestyle and healthcare suffer as you live out your life.

Despite people living and staying physically active for longer, there has been no change in the official retirement age, which ranges between 60 and 65 around the world. As a result, many public and private pension plans are increasingly under-funded and will fall short of supporting the ageing population.

Pension systems now have to pay benefits for two to three times longer than for what they were originally designed. There are three main sources of income during retirement: government-sponsored pensions, work or occupational pension plans, and personal savings. We are seeing increasing shortfalls across the board from all three sources of future income.

A 2016 Citibank report showed the 20 largest OECD countries alone have a $78 trillion shortfall in its public pensions, equivalent to 1.8 times the value of these countries' collective national debt.

Remember that this is only the crisis facing the richest parts of the world.

By 2050, the total gap in global pension funding (including the two most populous countries in the world - China and India, which face the same long-term problems) is predicted to be a staggering $400 trillion. This is roughly five times the size of the global economy today.

These structural challenges are exacerbated by economic trends such as job displacement and income pressure from technological advances, and in turn that people may not be able to save as much.

This is further hampered by the extended period of low interest rates that have dampened returns and income. In fact, an OECD report showed that people retiring today can expect half the income of those who became pensioners at the start of the millennium.

While Singapore has arguably one of the best-funded public pension programmes in the world, the Central Provident Fund (CPF), it will fall short of providing a secure retirement income for everybody. CPF is a defined contribution pension scheme with one of the highest savings rates in the world, a major employer contribution component, and also has a government guaranteed yield that sets a floor to returns.

However, the bulk of the savings will sit in the Ordinary Account, generating a guaranteed 2.5% return, which clearly will not be enough to fund long-term retirement income needs.

While Singaporeans are blessed to have the CPF as a backstop, most people will need to supplement their income in retirement from other sources such as personal savings and private pension plans.

It is already more common to see people working in their old age to supplement income. The median income level of the 60-65 years age bracket is surprisingly also below that of the 20-25 year age bracket in Singapore.

We must and can take steps to better prepare for our financial future. This includes improving financial literacy through education or greater use of technology and automation to improve the process.

Through these efforts, we can help people develop a long-term retirement income plan, especially from a younger age. This is critical to our survival, not only individually, but as a society.

Yes, nuclear war or a meteor strike is scary, but imagine living in poverty for 25 years after retirement. Imagine the whole world reaching 2050 with a $400 trillion dollar shortfall in providing income to its old age citizens. That's a really scary thought.

Be better prepared for retirement with the Endowus CPF Calculator, and get a personalised CPF retirement plan.

To get started with Endowus, click here. Find out more about the state of retirement and CPF in Singapore from this report.

Read the next articles in the curriculum:

This article is for information purposes only and should not be considered as an offer, solicitation or advice for the purchase or sale of any investment products. It is recommended that you seek financial advice as to the suitability of any investment. Whilst Endow.us Pte. Ltd. (“Endowus”) has tried to provide accurate and timely information, there may be inadvertent delays, omissions, technical or factual inaccuracies or typographical errors.

Any opinion or estimate above is made on a general basis and none of Endowus, nor any of its affiliates, representatives or agents have given any consideration to nor have made any investigation of the objective, financial situation or particular need of any user, reader, any specific person or group of persons. Opinions expressed herein are subject to change without notice.

Investment involves risk. The value of investments and the income from them can go down as well as up, and you may not get the full amount you invested. Past performance is not an indicator nor a guarantee of future performance.

Please note that the above information does not purport to be all-inclusive or to contain all the information that you may need in order to make an informed decision. The information contained herein is not intended, and should not be construed, as legal, tax, regulatory, accounting or financial advice.

SUBSCRIBE to endowus insights
Thank you! Your submission has been received!
Oops! Something went wrong while submitting the form.
More on this Tag
CPF
Financial planning
CPF LIFE
Inflation
More on this topic

Articles
.
CPF & SRS

A comprehensive guide to CPF for newly approved Permanent Residents 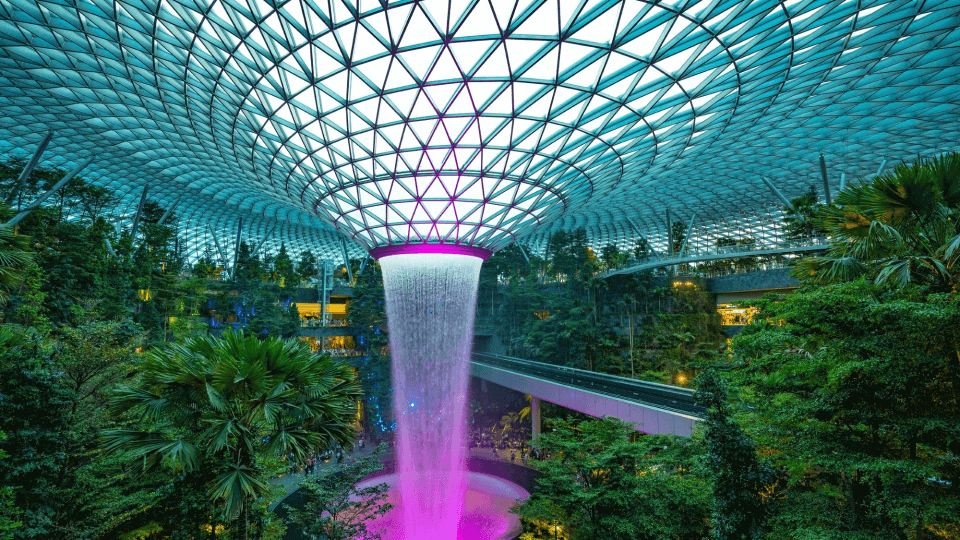 Why is inflation rising in Singapore? 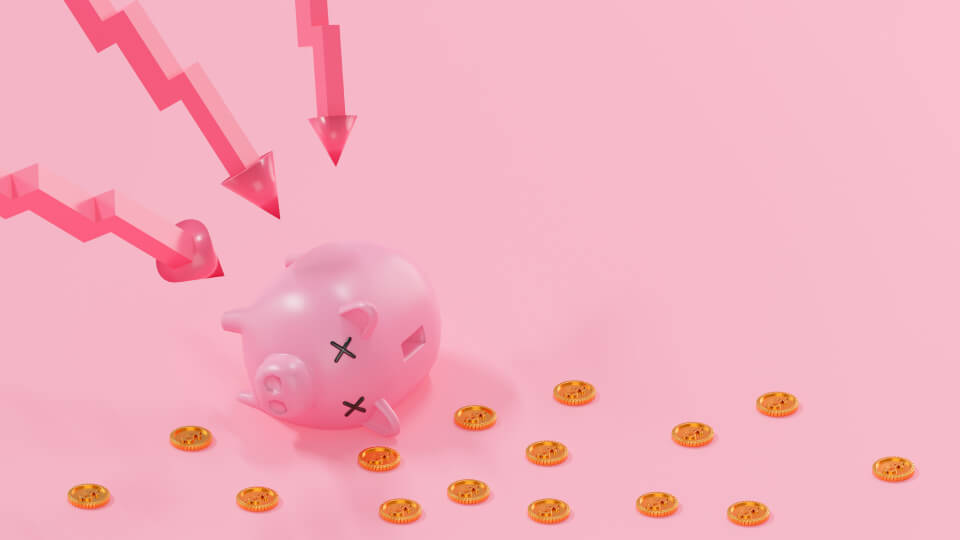 How has inflation changed the face of retirement? 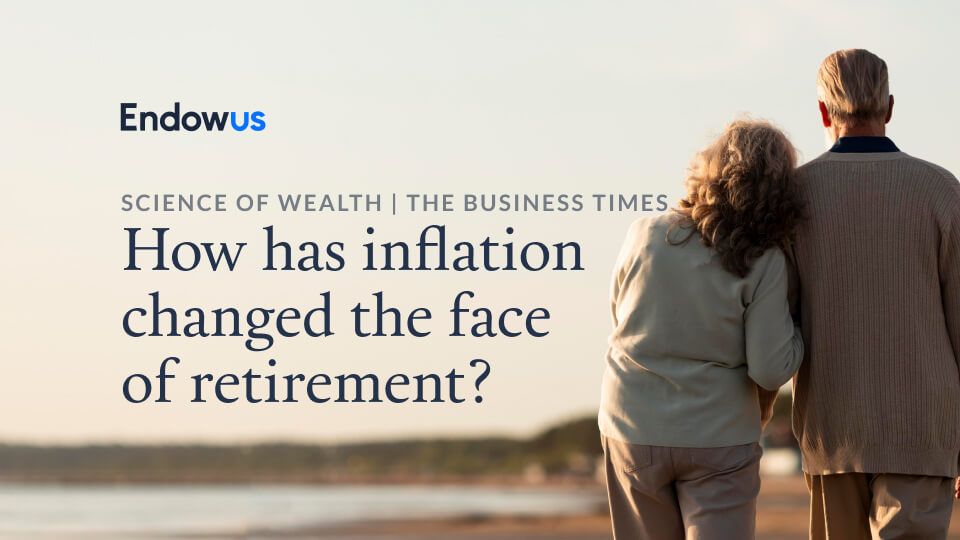