From wanderlust to peace of mind 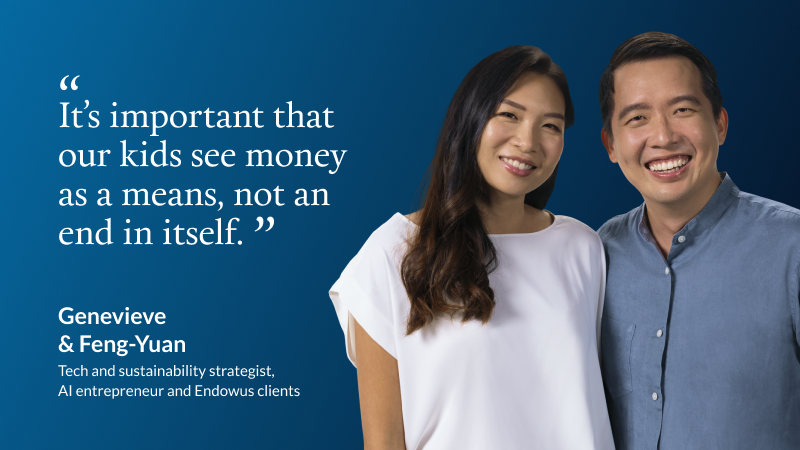 80 countries — that’s the rough number of destinations that Genevieve had visited by the time she turned 30. And by travelling — and living — on a shoestring budget, Genevieve found herself a proud owner of an apartment on Orchard Road at the tender age of 25.

They might not seem related, but the first achievement is tied to the second.

Genevieve values experience over material things, and her wanderlust was spurred on by her personal insistence of keeping her budget tight. She has “a higher threshold for discomfort” when it comes to travel.

“I never really bought anything for myself. I always used what I had to buy gifts for other people. I remember I would go to IKEA and buy the stuffed toys there for my friends in school.”

For the tech and sustainability strategist, her travel bug would lead her to buy a plane ticket to Africa, and then to figure things out once she landed.

“I stayed in $3 a night hostels in Tanzania. Well, they weren't even really hostels. They were  guest houses for Somali construction workers,” recalls the mother of two. “I would sleep with my backpack on upright so that I could jump out the window.”

Her worldview comes as she recalls her parents being so frugal and prudent, that she would go so far as to reject a gift of a coveted Baby-G watch from her parents for doing well in her PSLE exam.

“Because we saw how hard they worked and how much they saved and scrimped on themselves, we didn't feel comfortable asking them for anything either,” says Genevieve.

“I never really bought anything for myself. I always used what I had to buy gifts for other people. I remember I would go to IKEA and buy the stuffed toys there for my friends in school.”

Before she started university, she held three concurrent jobs. And a year and a half after graduating, she had saved up enough money to buy a place of her own. Her independent streak drove her to achieve a financial milestone.

“It wasn't a target to buy an apartment. I just ended up with a lot of savings that I hadn't used. So when a chance to buy an Orchard Road apartment came along, I bought it,” says Genevieve, who is in her late 30s.

“I'm still proud of that fact. But I was always very focused, I think, on building a future. And maybe looking back, I might not have compromised on the present as much because I know that I'll be okay in the future.”

To her, money is useful to the extent of providing financial freedom to pursue passions. That philosophy led her to nudge her husband, Feng-Yuan, to look closer at financial planning before he took the plunge into the start-up world about three and a half years ago.

“They always taught me that the fastest way to get richer is to have fewer wants, because then you don't feel the need to buy more things.”

“Before we embarked on that journey, my wife reminded me that we needed to do our financial planning and invest for the future because it's highly uncertain,” says the tech entrepreneur, who recalls starting with Endowus right at that point.

“Before I started doing the startup, I took a week off. We didn't have kids then. I went to Thailand and did a silent meditation retreat. It meant sleeping on a wooden bed, cold shower, one vegetarian meal a day. And I told myself, ‘you know, if I have few wants, then I'm a rich person, even if we don't make a lot of money from the startup’.”

It was a perspective on money that he picked up from his parents, the 40-year-old recalls.

“They always taught me that the fastest way to get richer is to have fewer wants, because then you don't feel the need to buy more things.”

The couple still has little debates about spending: for example, whether it makes sense to save time by paying for delivery, or to save money by getting the food picked up themselves. (They once compromised on spending $50 a night in Bali, when Genevieve would have been content with $10.)

They are looking for a bigger family home now, with Genevieve selling off her property that she bought at age 25. (She’d add that a few months after she took the plunge, the government introduced the first of several rounds of cooling measures, which reminded her that property investments would not yield the same gains as they did decades before.)

Genevieve says she’s learnt that she could have been less anxious about money, while Feng Yuan wishes he had been pressed to make investment earlier, to ride through the years of compounding.

But together, they have come to an understanding that for their family, they are aligned on valuing money and where it comes from.

“I feel it's important that our kids see money as a means, not an end in itself, to make sure they can spend time with family and the people they love, and provide them a sense of security and assurance,” says Feng Yuan.

Genevieve says: “I would still love to travel, maybe in a less dangerous way. And I want my kids to also have that sense of wanderlust.”

Whether you're a wanderlusting backpacker or a focused parent, your investments should reflect your individual needs. Customise your investment goals with Endowus today.

SUBSCRIBE to endowus insights
Thank you! Your submission has been received!
Oops! Something went wrong while submitting the form.
More on this Tag
On The Money
Money Diaries
More on this topic

Articles
.
On the Money

When geeks inherit the earth 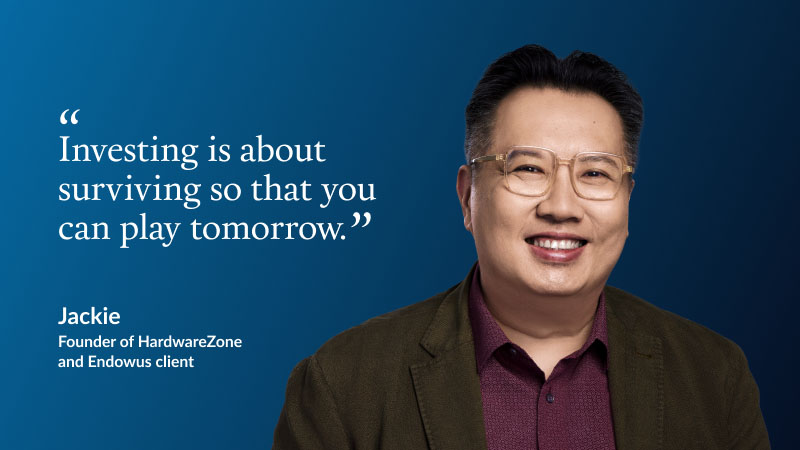 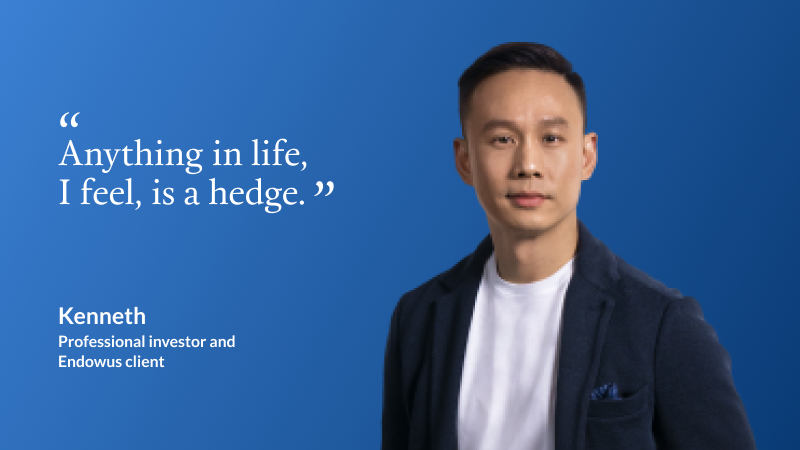 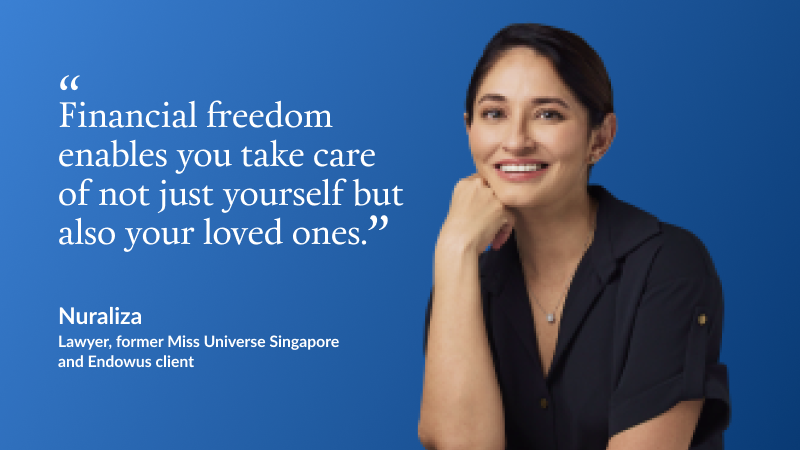