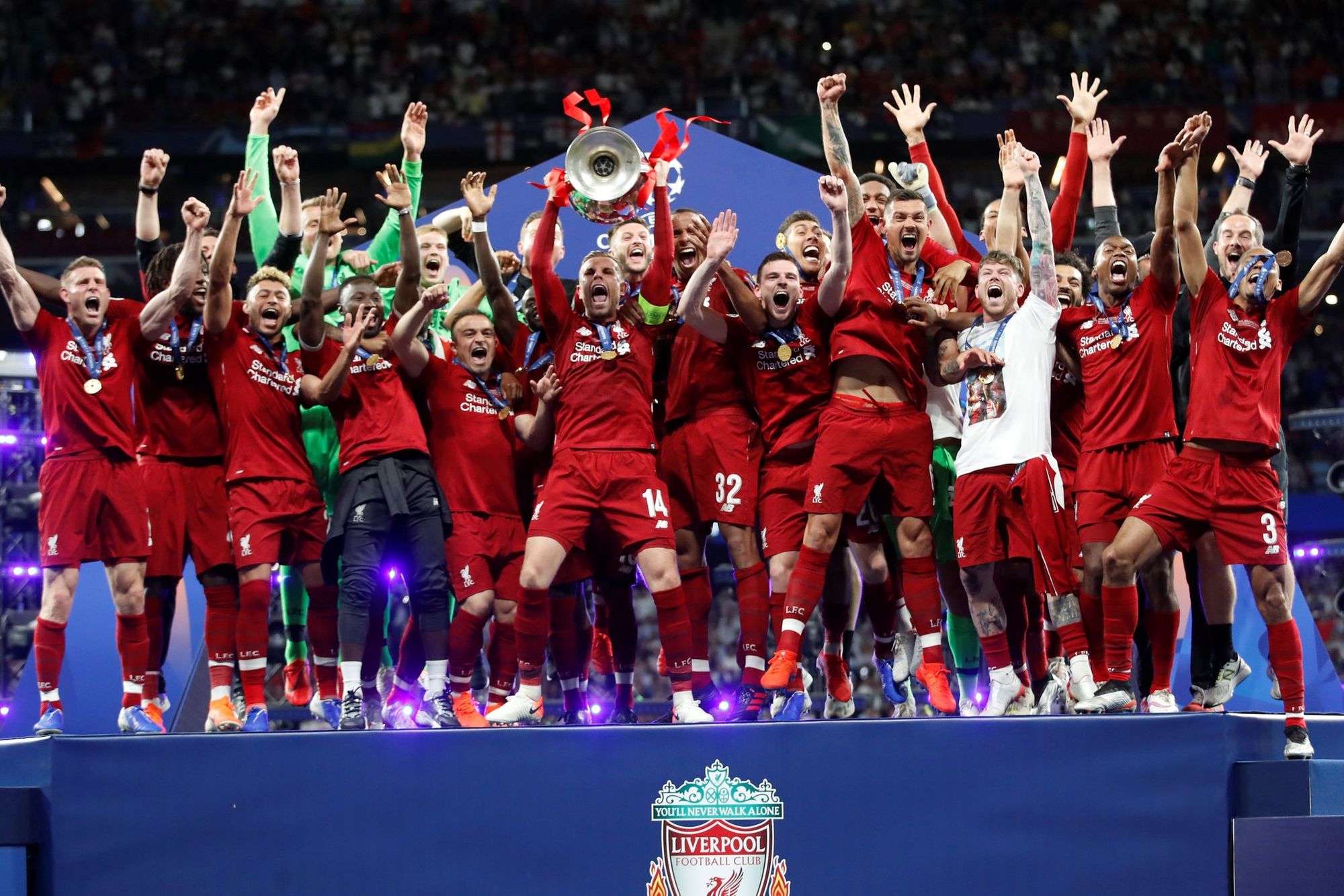 "Success isn't determined by how many times you win, but by how you play the week after you lose"

Football's greatest prize was won by Liverpool when they raised the Champions League trophy recently. As a 39-year long-suffering fan of Tottenham Hotspur, it was a painful night for me personally. However, credits to a Liverpool team who, while underwhelming on the night, capped off an amazing season. My disappointment with Spurs was not in the loss, but in the manner of their loss and how they under-achieved at the crucial moment, like a lot of active fund managers!

An interesting stat on the night: the average age of both team's squads was 26 years. A lot of these young players started the game early as a kid and they were picked up by teams that would sponsor and nurture their growth into their teenage years. They normally are not paid anything and they defer their compensation until they can become an adult and sign an official contract. At this time, they start receiving an exorbitant amount of money if they are good and the ones who are trained up and become world class players earn more money than most people can hope to, or even imagine, in their lifetime.

However, we know that their careers end early. If you can stay fit and perform, then most will play until maybe 35. Or in the very rare cases where they can keep really fit, they can play until maybe 40, like Giggsy or Buffon. But most will end their career early and have at best about 15~20 years of their best lives (and hence income) in soccer.

While it is a condensed version, it is not completely dissimilar to the normal career trajectory. We are educated and trained, and post-education enter the workforce and start earning money. The best players are scouted to better teams and earn even more. The best "teams" have the best resources and the best players. In the corporate world, these teams or companies have names like Google, Facebook or Amazon. They use their brand and money to attract the best talent and reward them handsomely with a lot of money.

Whether you are a soccer player for the best teams in the world, or the best engineer, or in management at the biggest companies around the world, when our career ends and we enter retirement, we are faced with the same reality. We will live with whatever we've earned, saved and invested.

We hear of so many stories of famous sports players, including soccer players, that end up with very little money in their later lives or even go bankrupt. That list begins with Mike Tyson, goes to Diego Maradona, and even includes a Liverpool fan favourite, John Arne Riise, who famously went bankrupt due to mismanagement of his money by his advisor. This is despite the fact that they earned tens, or more often, hundreds of millions of dollars. The reason, like Riise, is because they managed their money badly. They spent too much, or didn't save enough, or they invested very poorly. Once again, it comes down to the same three-step formula.

It is the same for most people who work, save and prepare for our retirement. How much we save, how much we spend, and in the end, what investments we have made. This will determine whether we will have enough money to live comfortably into our retirement or like these athletes, despite the glories of earlier career successes, live in decades of struggles due to our lack of preparation or poor choices.

The greatest soccer player ever to grace the game, Pel?, once said that "the more difficult the victory, the greater the happiness in winning".

We can apply this to retirement planning. It's difficult to save now when we have so many things pulling at us to spend on now. It's difficult to invest for the long-term when your friends are pushing you to buy a stock that will "surely double in 2 months". It is difficult to invest passively and stick with a plan and to prepare for an outcome that is 20 years away. However, it will lead to the most important win of your life: securing your financial future.

As a fan of the sport, I do not like soccer players who are flashy but who cannot deliver consistent performance for their team week in and week out. It is one of my biggest frustrations with players with enormous talent who lack discipline - players like Pogba or Balotelli. The consistency comes from discipline which must match the ability. If you are erratic and volatile, you are never going to be worth that much to your team. It is the same with financial markets, for our retirement and in preparing for the future. We cannot expect to have good outcomes if we invest in poor quality, inconsistent, or very volatile return streams. The biggest winners and the biggest players that stay the course are the ones that shows consistency and stable performance.

It's amazing to think that Liverpool went through a full season of the Premier League with only a single loss. While they might have lost out to Man City for the league, who also only lost four times during the season, it is that consistency and discipline across all competitions across the whole season that allowed them to reach the pinnacle of the soccer world this year by winning the biggest prize of them all, the Champions League. Spurs just weren't consistent enough right up to the final. Invest well, focus on stable, secure, proven outcomes and stick to the plan. This same consistency, achieved through long-term investments, will lead to your financial Champions League glory, and you can bask in that glory through your retirement and for decades into it. Endowus will help you get there.

The power of compounding interest explained

Why we are not wired to invest: How our brains respond to financial losses and what we can do about it

Is it time to kick your coffee habit?